Six “impossible things”: GNU/Linux, Wikipedia, the Creative Commons, the Blender Foundation, Open Hardware, and the OLPC/Sugar project. All created under free licenses for everyone to use, in defiance of our conventional ideas of business economics. Is it magic, coincidence, or just plain common sense at work here?

The author explores the reality of these projects from an insider’s perspective and picks out a set of five easy to follow rules for keeping your own projects in tune with the rules of free culture and on the track to success.

Includes the entirety of the “Impossible Things” and “Rules of the Game” article series written for Free Software Magazine, as well as five bonus articles on improving commons-based processes. 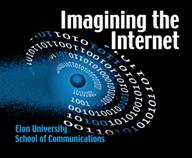 Respondents to the fourth “Future of the Internet” survey, conducted by the Pew Internet & American Life Project and Elon University’s Imagining the Internet Center, were asked to consider the future of the internet-connected world between now and 2020 and the likely innovation that will occur. The survey required them to assess 10 different “tension pairs” – each pair offering two different 2020 scenarios with the same overall theme and opposite outcomes – and to select the one most likely choice of two statements. Although a wide range of opinion from experts, organizations, and interested institutions was sought, this survey, fielded from Dec. 2, 2009 to Jan. 11, 2010, should not be taken as a representative canvassing of internet experts. By design, the survey was an “opt in,” self-selecting effort.

The shanzhai of China are a tech trend to keep an eye on. Typically dismissed by popular press as simply the “copycat barons from China”, I think they may have something in common with Hewlett and Packard or Jobs and Wozniak back when they were working out of garages. I’ve heard quite a few stories about the shanzhai while on my most recent trip to China, some of which I will share here.

First, let’s try to understand the cultural context of the word shanzhai. Shanzhai (山寨) comes from the Chinese words “mountain fortress”. The literal translation is a bit misleading. The English term “fortress” connotes a fortified structure or stronghold that is large, perhaps conjuring imagery of castle turrets and moats. On the other hand, the denotation simply states that it is simply a fortified place. This latter denotation is closer to the original meaning from Chinese; in fact, the fortress they are referring to is closer to a cave or guerrilla-style hideout. In its contemporary context, shanzhai is a historical allusion to the legends that dwelled within. One such legend is the 12th-century story of the 108 bandits of Song Jiang. It is still a popular tale today; my father recognized it instantly when I asked him about it. A friend of mine described Song Jiang as a sort of Robin Hood meets Che Guevara; Song Jiang was a rebel and a soldier of fortune, yet selfless and kind to those in need.

Learning Impact 2009 is IMS Global Learning Consortium’s annual conference that brings together the world’s leading creators, vendors, users, and buyers of learning technology to participate in program tracks focused on the latest innovations in learning systems, digital learning content, the learning enterprise, and open technologies. Presenters answer a key challenge question designed to inform the attendees on the state of innovation and best practices.

The Summit on Global Learning Industry Challenges is a gathering of industry leaders to introduce and debate ideas on issues impacting the growth of learning worldwide. This is a unique and highly direct conversation for the purpose of illuminating the key business challenges facing the learning industry. The Summit is facilitated by a focused set of highly interactive panel sessions with audience participation.